Read “The Third Wave” by Alvin Toffler. Skip to the content
My first ever post on this blog was inspired by Dutton Speedwords. Today’s post draws on a evolution of the system taken from this page. This, in turn, is from the book Mindhacker, which acknowledges that this table is inspired by a system used in Esperanto. Other IALs use a similar system, including Glosa. The Glosa table has a number of additional categories that are worth looking at. 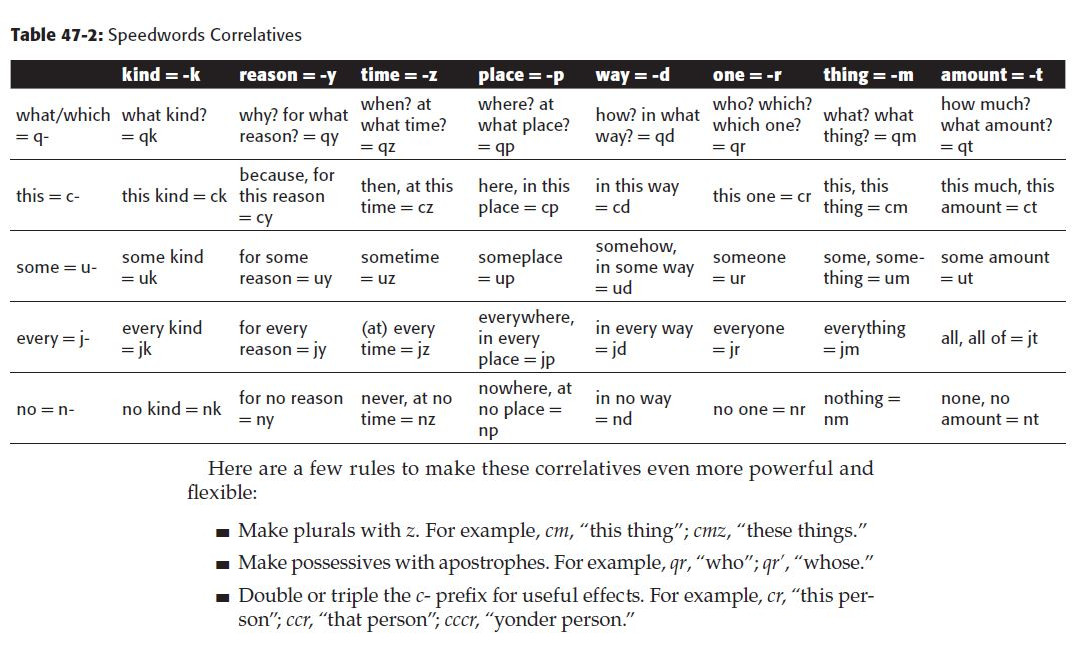 Below is the system given on the technical geekery page, to which I have added some suggested Diinlang words. Some of these are words used in previous posts, some are just “placeholders”. Nothing about Diinlang is yet set in stone!
First parts:
Second parts:
I have seen it suggested that “any” is an more indefinite version of “some”. Following this logic and the system proposed here, “any” becomes “eje” rather than “enje”.
There is more than one candidate for the word “way” in Diinlang. “-li” is used to make adverbs meaining “in the manner of” and has been used for constuctions such as “ke li” for “what way? (how?)” and “per li” for “ because”. “du” from “do” does seem logical, however.
Diinlang offers a number of valid alternatives for the English use of “one” including the pronoun “ze” or the word for person, “jhen”. “ore” is derived from the agent noun suffix so could possibly be applied to something that is not a person, as can the inanimate pronoun “it”. Some of these words can be gendered with “-o” or “-a” endings.